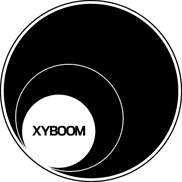 The XYBOOM Conference raises awareness about the importance of intergenerational dialogue and collaboration in the context of youth unemployment and the baby boomer exit. Below is a list of outlets the conference has had the pleasure of either being interviewed for, or covered on:

Vancouver Observer | May 29, 2013
X, Y and Boomers come together to discuss generational issues in the workplace

North Shore News | January 8, 2012
Feathered nests: The kids are living at home longer than ever

The Province | December 7, 2011
Young unemployed afraid to get hands dirty

Take Her Word | December 7, 2011
Unemployed or Underemployed? Check out the XYBOOM Conference